Mithras: The Great Hammer, the Builder and Destroyer Edit 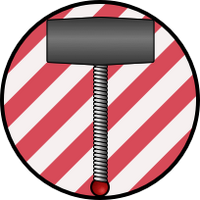 Mithras is the elder child of Frya and Ganev. Legend says that when the universe was created, the world was without form, being covered by ocean. Mithras pulled the land up from the ocean to please his father, and thus created the land we walk upon. He stands for civilisation and martial conquest.

Retrieved from "https://livingdw.fandom.com/wiki/Mithras?oldid=4048"
Community content is available under CC-BY-SA unless otherwise noted.